How Far Does ‘Turn to Them the Other Cheek Also’ Go?

“You have heard that it was said, ‘Eye for eye, and tooth for tooth.’ But I tell you, do not resist an evil person. If anyone slaps you on the right cheek, turn to them the other cheek also.” – Matthew 5:38-39 NIV

Both in the creation and in man’s conscience, the evidence of God’s existence is so obvious. As a result, the Bible seldom seeks to establish God’s existence; rather, it begins with the premise that He exists. The Bible does this by making God’s attributes, actions, and nature clear.

It is crucial to have a true conception of God since having a false image of God is idolatry. A decent summary of God is The Supreme Being; the Maker and King of everything that is, the Self-existent One who is perfect in power, goodness, and wisdom”. This is a nice place to start.

Considering God’s actions flow from who He is, it is impossible to understand God apart from His works. He has not changed; He is the same now as always, and will forever be. The link between God and man is created by the fact that the Son of God became the Son of Man. We can only be forgiven of our sins, made right with God, and saved for all eternity through the Son. To truly understand God, it is therefore ideal to look to Jesus. 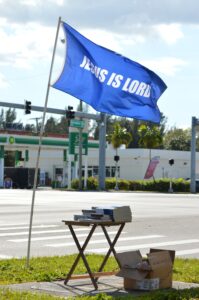 What It Means To ‘Turn to Them the Other Cheek Also’

Although the multitude most certainly understood what Jesus meant in the context, “turn to them the other cheek also” is now interpreted in a variety of ways.

It is not implied by Matthew 5:38–39 that Jesus wants His followers to be timid and let others take advantage of them. Although some Christians hold to these interpretations, they do not correspond to the message that Jesus presented during His sermon on a hill in Northern Israel.

Jesus essentially said that it is not advisable to take revenge when someone violates another’s right to respect or dignity. There is no need to respond negatively since the Father is in charge of protecting the believer’s dignity. This demonstrates that Matthew 5:38–39’s instruction to turn the left cheek when the right is being slapped does not literally mean to do so; rather, it means to let God handle the matter. In the book of Romans, the apostle Paul made a similar statement and exhorted Christ’s disciples to live in harmony with one another rather than exact revenge on one another.

“If it is possible, as far as it depends on you, live at peace with everyone. Do not take revenge, my dear friends, but leave room for God’s wrath, for it is written: “It is mine to avenge; I will repay,” says the Lord.” – Romans 12:18-19 NIV

The Lord’s instruction to “turn to them the other cheek also” can be better understood by comprehending the background and context of this scripture. In light of this, Christians are advised to follow the Word and let God be God.

Are you going through a difficult encounter with someone? I hope this article informs your decision. Share with family and friends who may need it.