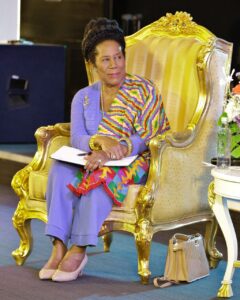 The Leading Women Conference held on the 25 of August at the Action Chapel International Cathedral, Accra campus, was held in honor of the United States House of Representative Member, Sheila Jackson Lee, with a reception and discussion themed ‘Leading Women: Building The Bridges That Bind’. This empowering discussion was organized by Rosa Whitaker; President of The Whitaker Group, in partnership with the Leading Ladies’ Network founded by Yawa Hansen-Quao who also moderated the discussion.

The honorable Congresswoman Sheila Jackson Lee had an insurmountable scoop of wisdom to share with the young women in the room; from building resilience, and excellence, being an Africanist and a womanist, to entrepreneurship and being a youth in Ghana, with special emphasis on the need for collaboration.

According to her, Ghana is ‘the economic interest of the world’ and reminded her that the world is not ‘taking but collaborating’ with her.

“We have a rich history as a people and even though we are obligated to and faced with responsibilities, we have to cooperate as one Africa and one America,” said Congresswoman Sheila Jackson Lee who is also a lawyer and a politician.

The Congresswoman, who also studied in Ghana for a period, strongly attests to Ghana having ushered the rest of the continent into democracy and believes that this is Ghana’s season to offer more to the world; something that can be achieved through a strategic elevation of excellence. According to Congresswoman Sheila Jackson Lee, the elevation of excellence recognizes what has been built (the African Continent), promotes collectively, and recognizes and makes use of the younger generation for fruition.

The all-time successful career woman Hon. Sheila Jackson Lee believes that Africa cannot remain isolated given the impressive progress in technology within the continent. She emphasized that the economic conditions that improved Africa’s economy can also improve America’s economy, especially with the African Growth and Opportunity Act (AGOA) in place; a law that will hopefully strengthen trade ties between the two continents. AGOA, which has led to the fruition of several businesses is not only an opportunity for rebirth but also a chance to improve small businesses.

Furthermore, many experts believe that the Biden administration’s launch of Africa strategy and policies, which comes after many years of the United States declining engagement with the continent, will strengthen synergies between Africa and America. For Congresswoman Sheila Jackson Lee, this will also give rise to more partnerships between the two continents, promote green energy hence more green jobs as well as foster entertainment. 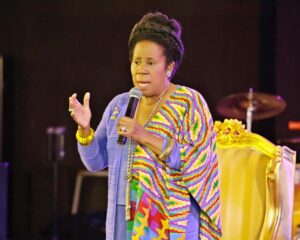 ‘Choose who you want to be in the public service sector, you must not be defined. This was Congresswoman Sheila Jackson Lee’s message to young women in the political space. Her words come off as an inspiration for women in a space where women often refrain from moving beyond the benchmark due to societal constraints. Hon. Sheila Jackson Lee advised the young women of Ghana not to let the circumstances of today define their tomorrow. She believes the youth are the future leaders of Ghana and expressed immense faith in their ability to create a positive change in the country and the women to come. It was clear, through her speech, that the honorable had a special kind of love for market women who she strongly believes have a unique entrepreneurial spirit, reminded them that no one can deny them the opportunity but themselves.

‘Make sure that when you leave your space, you leave behind something better. You can make something out of nothing’ – Hon Sheila Jackson Lee. 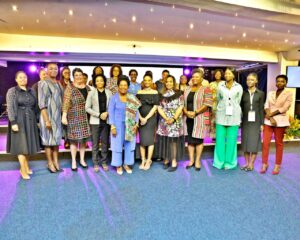