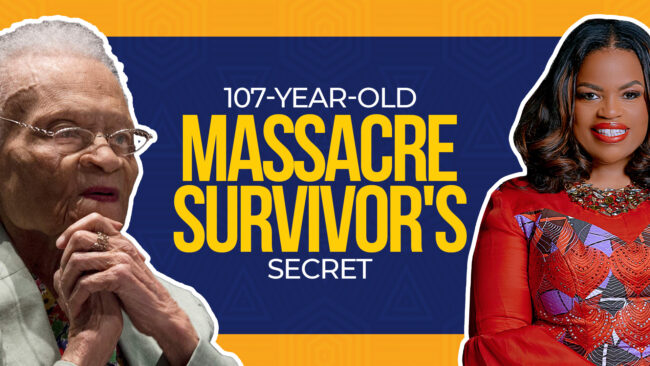 In a world where holding onto unforgiveness and bitterness comes easily, 107-year-old Viola Fletcher, a survivor of the 1921 Tulsa Massacre reminds us, through her vibrant energy, that forgiveness sets the soul free.

107-Year-Old- Viola Fletcher is an American Centenarian who is also one of the three living survivors of the Tulsa Massacre which took place in Greenwood, Tulsa, Oklahoma, U.S, in 1921. Mother Fletcher was only 7 years old at the time of the massacre.

The Tulsa Massacre, also known as the Tulsa riot, is considered one of the worst incidents of racial violence in American history. Attackers burned and destroyed what was one of the wealthiest black communities in the U.S.

According to the National Endowment for Humanity, “Tulsans tried to forget what happened, but it’s much harder for the residents of Greenwood. For Black people, Greenwood is a reminder of the need to stay vigilant”

Mother Fletcher had a candid conversation with our President Rosa Whitaker on the same during an interview at Dominion Television in Ghana.

Dominion Television congratulates Mother Fletcher on being one of the 3 living survivors of the Tulsa massacre who received a shared $1 million from a New York non-profit organization ‘Business for Good’ through its Co-Founder, Ed Mitzen.