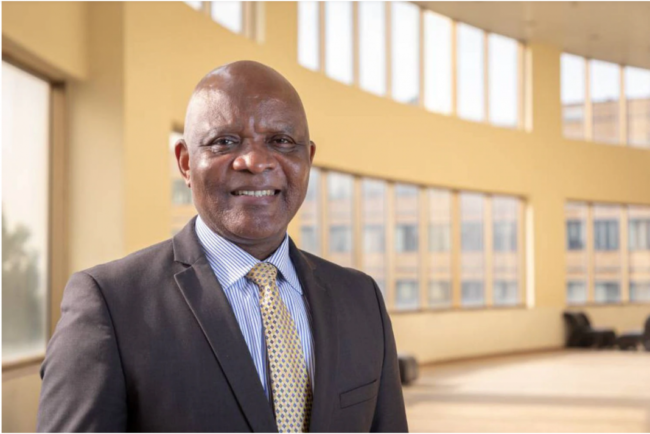 Dr. John Nkengasong; a major frontline in Africa’s battle against COVID, is the first African to be appointed as the Ambassador of the United States President’s Emergency Plan For AIDS Relief (PEPFAR). 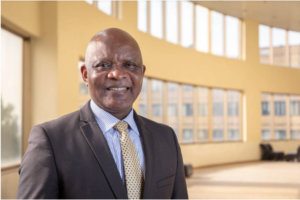 Dr. Nkengasong, famously known for his relentless battle against viruses and disease in Africa, is a Cameroonian-born virologist with over 30 years of experience in public health. During the COVID-19 pandemic, Dr. Nkengasong worked for the World Health Organization (WHO), where he was named the WHO Special Envoy for Africa.

While he was in high school, Dr. John Nkengasong took interest in biology, chemistry, and mathematics. He studied at the University of Yaoundé for his undergraduate degree, where he met Professor Peter Piot, who pushed him to pursue a Ph.D. degree in Virology at Antwerp. He went on to Antwerp’s Institute of Tropical Medicine to study biomedical sciences. He then traveled to the Vrije Universiteit Brussel after finishing his second degree to pursue a master’s degree in medical sciences. His dissertation research was the first to describe all of Africa’s HIV genetic subtypes. Later, at the John F. Kennedy School of Government, he earned a management certificate.

Dr. John Nkengasong was appointed Chief of Virology at the World Health Organization in 1993. He was in the Institute of Tropical Medicine in Antwerp’s Collaborating Centre for HIV/AIDS Diagnosis and has worked on HIV/AIDS pathogenesis, diagnostics, and drug resistance.

Dr. John Nkengasong has won multiple awards for his unmatched bravery, including the William Watson Medal of excellence which is the highest award by the Center for Disease and Control (CDC). Dr. Nkengasong was also knighted by the Cameroonian government in 2018 for his significant contribution to societal health in his country of birth.

Dr. John Nkengasong earned a doctorate in medical sciences (virology) from the University of Brussels in Belgium, as well as a master’s degree in tropical biomedical science from the Institute of Tropical Medicine in Antwerp. He has received numerous honors for his work, from the Bill and Melinda Gates Foundation for the 2020 Goalkeepers Global Goalkeeper Award, and the Knight of Honor Medal from the Government of Cote D’Ivoire. Dr. John Nkengasong is an associate professor at Emory University’s Emory School of Public Health in Atlanta, Georgia, and a member of several international review boards, such as the Coalition for Epidemic Preparedness Initiative – CEPI and the International AIDS Vaccine Initiative (IAVI). He has over 250 peer-reviewed articles in international journals and several book chapters to his credit.

Dr. John Nkengasong served for the World Health Organization (WHO) as one of the Director General’s Special Envoys during the COVID-19 epidemic and was named the World Health Organization (WHO) Special Envoy for Africa.  Africa has evaded the scale of infections observed in other regions of the world since the beginning of the pandemic, thanks to the bravery of Dr. John Nkengasong. 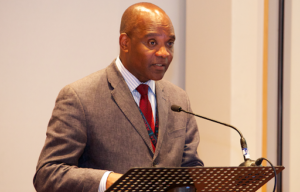 Within a few years, Dr. Nkengasong relocated to Abidjan to work for the US Centers for Disease Control and Prevention as Chief of Virology. He received training in Berkeley as part of the John E. Fogarty International Center in preparation for this post. Dr. John Nkengasong worked at the California State Laboratory with Mike Hendry, who was in charge of the HIV diagnosis program. He was instrumental in the formation of the African Society for Laboratory Medicine in 2011 (ASLM).

Dr. John Nkengasong became the initial Director of the Africa Center for Disease Control and Prevention in 2016.  He oversaw the Regional Integrated Surveillance and Laboratory Networks (RISLNET) in Africa CDC. He believes that empowering local leadership is critical to keeping infectious illnesses out of Africa.

Dr. John Nkengasong was named a special envoy to the World Health Organization’s director-general during the COVID-19 pandemic. He was in charge of amplifying the Director-General’s remarks and offering strategic preparedness recommendations in this position. He oversaw Africa’s response to the coronavirus, which included the training of a group of young responders known as the African Healthcare Volunteer Workforce as testing in conflict-affected areas and concerns with social distancing in urban slums made protecting the African people from the coronavirus disease difficult.

Dr. John Nkengasong also co-chaired the event’s High-Level Scientific Panel during the preparations for the Global Health Summit, which was hosted by the European Commission and the G20 in May 2021. 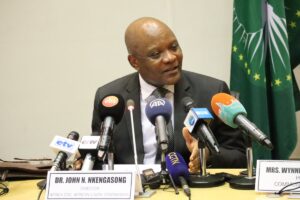 Dr.  John Nkengasong was nominated by President Joe Biden to be the Ambassador-at-Large for Global Health Diplomacy and Global AIDS Coordinator at the Department of State on September 27, 2021. His previous nomination ended at the end of 2021, and on January 3, 2022, it was returned to President Biden.  The following day, President Joe Biden resent his nomination.

On March 15, 2022, the Senate Foreign Relations Committee held hearings on Dr. John Nkengasong’s nomination. His appointment to lead the United States public health program targeted at combatting AIDS in other nations was confirmed by the United States Senate in May 2022.

Ambassador-at-Large John Nkengasong has dedicated his career to global health diplomacy, working tirelessly to improve the health and well-being of people around the world. Previously, he served as U.S. Global Aids Coordinator, playing a leading role in the implementation of PEPFAR and driving its impact on vulnerable populations in Africa and elsewhere. Ambassador Nkengasong is also Co-Chairman of The Elders, an organization of eminent global citizens that works on behalf of peace and human rights. We are proud to honor him and look forward to his continued work on behalf of global health as well as his swearing-in on June 13th, 2022.

Rosa Whitaker, president of Dominion Television, Ghana, had a candid conversation with Dr. Nkengasong, where his wife Susan Nkengasong; a Mental health counselor, also made her first-ever T.V debut interview with her husband, Dr. John Nkengasong.

In his conversation with Rosa Whitaker of Dominion Television Ghana, Dr. Nkengasong delves deep into Africa’s war against COVID, explores the idea of education as a great equalizer, and talks about the establishment of the African CDC (Center for Disease Control). 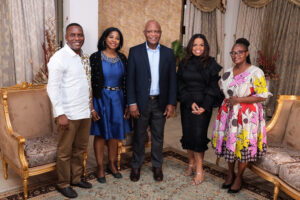 You can also watch the #LIVE premiere on Dominion Television’s YouTube channel on Sunday 12th June at exactly 1 PM GMT.

Join in the conversation using the hashtag #withdrnkengasong