“Men are liars. We will lie about lying if we have to. I am an algebra liar. I figure two good lies make a positive.” – Tim Allen (American actor and comedian)

Disclaimer: This article does not advocate for men to tell lies; rather, it presents certain facts based on research.

The most important aspect of a relationship for most women is trust. Most of their relationship’s problems will vanish if women can entirely trust men. Given this, when asked what qualities they are searching for in men, the majority of women would say that honesty comes to mind first, followed by humor. The harsh reality is that men do lie occasionally, and they refer to these lies as necessary lies. Women frequently ask why men lie, yet it is what it is.

On the other hand, a lie is an assertion that is believed to be false and is often made to mislead someone. Depending on who uses them, lies may be used for several situational, functional, or psychological purposes. For the purpose of this article, however, certain lies by men are not told to deceive in the traditional sense. 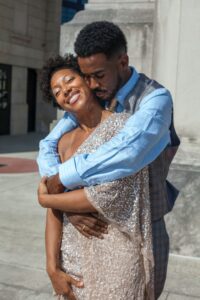 According to research, men will continue to pursue women they like even after they decline their advances. They would rather put their best foot forward and return more powerful. When they understand what appeals to women, they discover that being moved by what they hear is at the top of the list. Men, as a result, do everything they can to say pleasant things—even necessary lies—to the women they already have or the women they want to keep on their side of the relationship.

It Is Safe, However, To Say Men Tell Necessary Lies Because Women Are Moved By What They Hear.

Furthermore, there are other reasons women wear makeup besides looking and feeling good, which is not as bad a motive as some may assume.

It Is Safe, However, To Say Women Wear Makeup Because Men Are Moved By What They See.

Share this article with family and friends who may need it. Leave your comments in the section below.