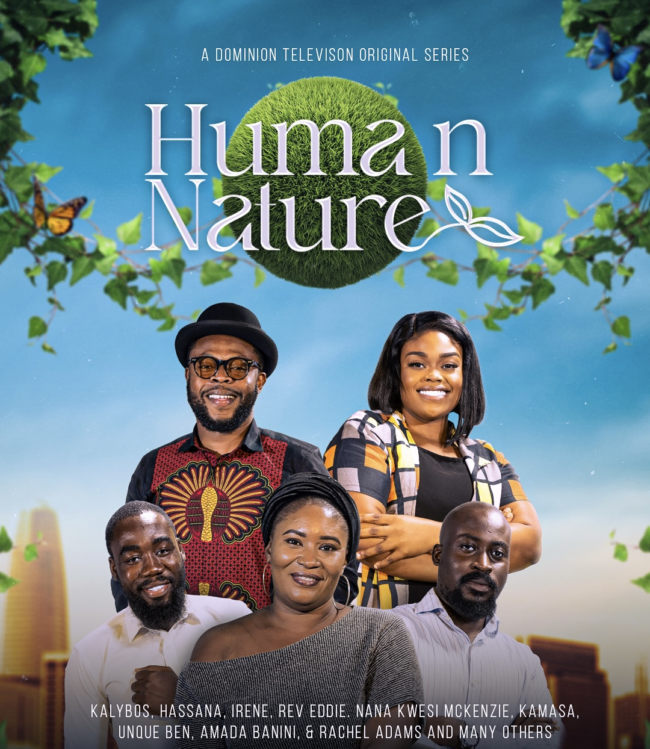 With each episode of “Human Nature,” Dominion TV’s new flagship drama series, viewers are taught a valuable lesson about life. The captivating series covers the lives of characters that show humanity’s resiliency and strength in their quest for happiness, success, and more. The engaging show always ends with a message of hope to promote godly life, with exciting plots, suspense, and adventure. It also serves as a stark reminder that God is omnipotent in all life’s pursuits.

The opening episode of the first season of Human Nature, which features several outstanding actors, depicts the life of Emmanuel and two other friends who have battled alcoholism for many years. Emmanuel’s journey toward sobriety began when his coworker invited him to church service.

The series is worthwhile to watch as it offers clear explanations of how to live a Christian lifestyle while also being acted by wonderful Ghanaian actors who delight us with not only straightforward but hilarious content that either directly or indirectly encourages viewers to follow the Christian path. Additionally, it gives a contemporary, high-definition vision that is visually appealing, making for convenient and pleasant watching.

Dominion TV, based in Ghana and one of the most popular family channels in Africa, offers a modern expression of Christianity through energizing, exquisite, and healthy family programming. This programming includes movies, music, and entertainment as well as news about the world and business, personal development, lifestyle, and children’s shows. Furthermore, it offers inspiration for the soul from notable religious people like Archbishop Nicholas Duncan-Williams.