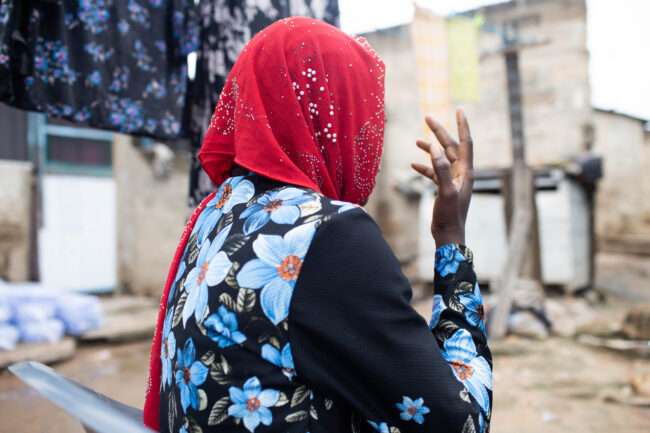 Every individual you come across is engaged in a battle you are unaware of. Why not simply practice kindness wherever possible? Even if someone seems to have everything together, they could still be struggling with something internally. By being kind, you could potentially make someone’s day or even change their life.

Every so often, a person emerges who can legitimately be referred to as a hero. Amina Musah is a heroine of our generation because she regularly fights a battle that would break many others if they were in her position.

Sickle cell disease is a collection of genetic red blood cell abnormalities that damage hemoglobin, the protein that transports oxygen throughout the body. It is a lifelong disease. Currently, the only treatment for sickle cell disease is bone marrow and blood transplant, but there are efficient therapies that can lessen symptoms and increase lifespan. Sickle cell disease (SCD), which affects over 200,000 newborns each year in Africa, is a significant public health issue, according to research estimates. Every year, sickle cell disease is diagnosed in roughly 15,000 (2%) babies in Ghana.

Image of Amina Musah and a staff member of Dominion TV.

Amina Musah, 27, a native of Oblogo, Weija, who is living with sickle cell disease (SCD) experienced her first sickle cell crisis when she was just 8 years old. Her grandmother restricted her from associating with her friends, as is customary for young children, and this prevented her from enjoying her youth owing to the discomfort caused by the disease.

Amina described how her house mistress accused her of being pregnant when she went to school with her medical report after experiencing her first crisis in senior high school. She was humiliated by her schoolmates as a result of this one action. No matter how long it took, she clung to God and trusted Him to vindicate her, and in the end, He did.

When Amina had completed her senior high education and had gained admission into a Nursing Training Institute, her principal at the time advised against pursuing a career in nursing since, in his opinion, it was too demanding for someone with her condition. The courageous young woman with sickle cell persisted, and in 2017, she was finally admitted. However, the joy of working in the medical sector was short-lived for the next two years as sickle cell refused to let go of her.

The young woman remarked, “Every month once I am done menstruation, I deal with the crisis,” when asked how frequently she has crises. She mentioned how, despite the suffering caused by having sickle cell, she is confident that God has a purpose for her life and will not use her condition to humiliate her.

“Even though I am confident that God has a wonderful plan for my life, I am ready for everything that is yet to come because I have heard of people with sickle cell who have passed away at a young age.” – Amina Musah

Amina was rushed to the emergency room of the Korle-Bu hospital sometime in 2018. She described how the doctors maintained her hope during her stay as she lived there for a month while using oxygen to stay alive. Amina, while sobbing uncontrollably, described how her mother contacted the hospital accountant for the total cost of the oxygen for a month. The accountant reportedly inquired whether they could pay, and after repeated attempts to get him to speak failed, he said he would pay for the oxygen, which at the time cost 7,000 cedis for a month.

“An angel in human form paid for my debt too, just as Christ came to die for you and me, and I am eternally grateful because I know God has a plan for me. My ways are not His ways” – Amina Musah

Amina’s advice is intended for all who have not yet married or given birth, and she urges everyone to check their sickling status before committing to anything because, in her experience, as a result of the intensity of pain associated with the condition, sickle cell disease is more depressing and health-depleting than is even known.

How helpful is this article to you? Let us know in the comments below. Share with friends and family, and do not forget to visit our website @www.dominiontv.net for more content on inspired and empowered living.