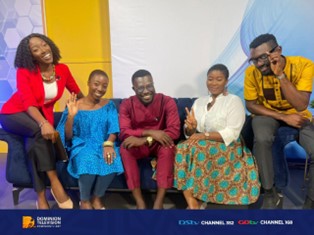 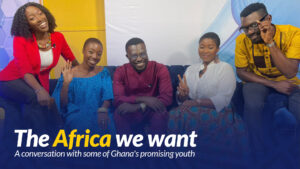 Following the Boma of Africa, which took place today, July 8, 2022, a precursor to the festival was hosted at the Dominion Television studios. The show’s hosts were Fiona Achieng and Mark Attitsogbui, both of whom are staff at the television station.

A session with some of Ghana’s promising youth

The guests, Jesse Akosa, a business development officer and trained data and financial analyst, Rita Nana Adwoa Arthur, a writer, poet, and filmmaker, Nana Akua Asante Afful, an artisan and second runner-up at the 2017 Ghana’s Most Beautiful, shared their opinions on a variety of themes, including but not limited to the changes they observed in their respective industries ten years ago as compared to the changes they hope to see in the next ten years, as host, Fiona Achieng remarked, “Ghanaian food is a work of art,” in addition to what they celebrate about Africa.

The team from Dominion Television went out into Accra’s streets in anticipation of the great event, Boma of Africa 2022, to find out what people’s opinions were. As they discussed why they believed corruption should be tackled at the festival, they praised the Boma of Africa as a fantastic event.

Boma of Africa; The festival of Ideas

The Boma’s first section was devoted to the establishment of a continental digital trading corridor to assist in the implementation of the African Continental Free Trade Area (AfCFTA) agreement through terminal emulator interoperability systems across traditions of the AU Member States, a digital ecosystem of connected e-government and private apps, and a single online business repository and a social credit system for small and medium-sized businesses (SMEs) and startups, as the Hub was launched by the President of Niger and AfCFTA Champion, H.E. Mahamadou Issifou.

Following a spoken word, Cynthia Gnassingbe-Essonam, Senior Advisor at the AfCFTA, gave the opening comments at the Boma of Africa, and Wamkele Mene gave the keynote address. More information on the AfCFTA’s role in integrating the African market was provided by H.E. Wamkele Mene, who also noted that the AfCFTA’s launch had advanced since the previous Boma with the help of the Afreximbank.

The discussion topics covered creative solutions to Africa’s current financial and supply chain issues, youth and gender empowerment, and the potential for cross-border trade and new technology to be resilient in the face of pandemics and resurgent major power rivalries.

The event’s peak occurred during its third segment. With assistance from international partners like the World Health Organization (WHO), the United Kingdom, Australia, The Organization of Eastern Caribbean States (OECS), The United States of America, the European Union, the Government of India, Singapore, and the International Civil Aviation Organization (ICAO), the Africa CDC launched a continental eHealth backbone that brought together African Union departments and agencies, as well as its African Vaccine Passport module.

As part of their promotional relationship, the African Union and AfroChampions were in charge of organizing The Boma of Africa. The AfCFTA Hub Network and the continent’s business community were also sponsors. 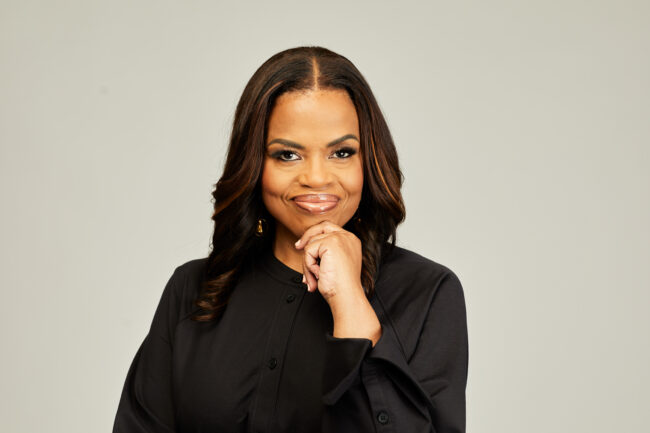 Rosa Whitaker, Vice-Chair and President of Dominion Television, gave a passionate contribution to closing Africa’s infrastructure gap as a key panelist at the 29th Afreximbank Annual General Meetings (AAGM2022) in Cairo, Egypt, in the presence of His Excellency President Abdel Fattah Saeed Hussein Khalil el-Sisi, a transformative leader of our time.

Whitaker detailed the actions required to accomplish this goal and shared her vision of a unified Africa inclusive of all members of the diaspora. “It is time for us to come together as one Africa, putting aside our differences and working towards a common goal.” She emphasized that if there is unity within the Diaspora and the Africans on the continent, our community would be a potent force by merging elements, resources, and strengths- both economic and cultural, that bring us together. “In the United States, when I look at the African American community, we have 1.6 trillion dollars in consumer spending in income”, she stated.

Rosa Whitaker shared that to bridge the gap, Africa should leverage their relationship with the United States by tapping its greatest strength, which is its bond market. She adds that “President Biden has proposed a similar initiative for infrastructure for Africa and the G7 group,” that the echo chamber must be traded around since it is a method for America and Western nations to advance without necessarily increasing their budget deficits.

One solution proposed by Whitaker is providing tax incentives to encourage the private sector to invest in businesses in Africa. Rosa Whitaker gave an illustration by noting that if an American business invests in infrastructure in Africa, it will be able to bring its earnings back to the US tax-free and receive some tax breaks.

Rosa Whitaker appreciates the African Export-Import Bank for hosting an outstanding Afreximbank Annual General Meeting (AAGM2022), complementing the occasion as an excellent forum for the exchange of innovative ideas and showcasing remarkable work that is already in progress. 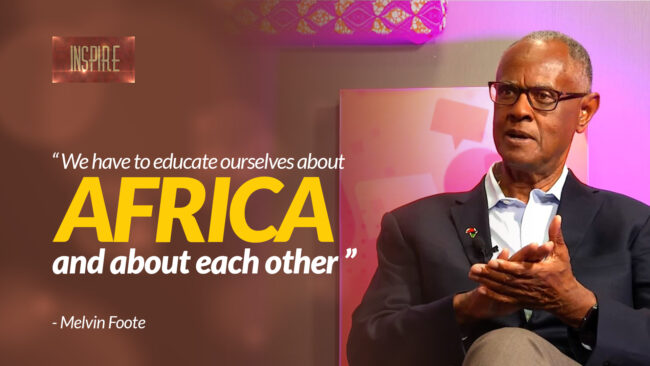 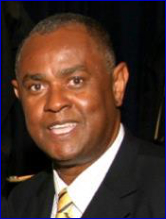 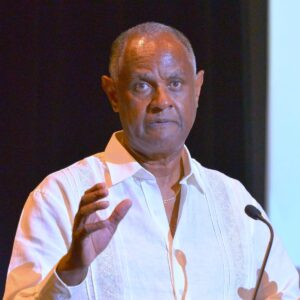