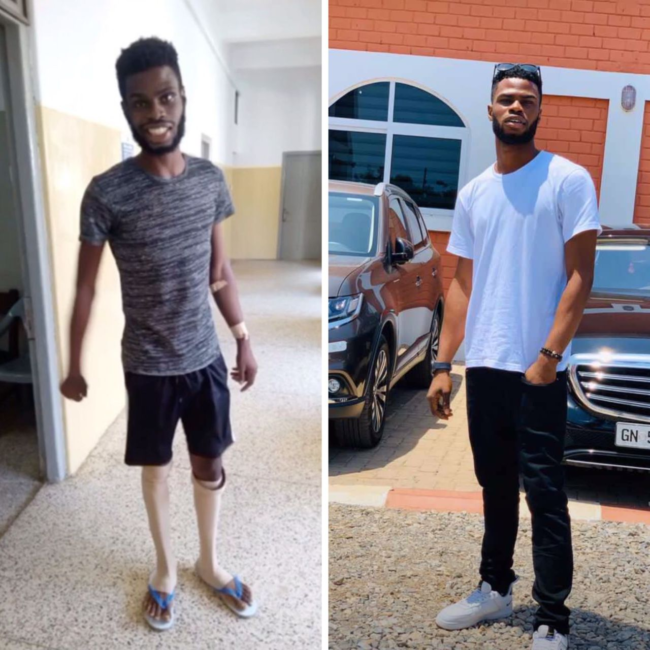 “The biggest disease today is not leprosy or tuberculosis, but rather the feeling of being unwanted.” – Mother Teresa

Every young man’s dream is to grow up free of any illness that threatens his life and to realize all of his dreams. Life-threatening illnesses like tuberculosis and pneumonia should not be taken lightly since those who survive them are not only grateful to God but have also learned to appreciate life and the simple things.

The primary organs affected by the potentially dangerous infectious disease tuberculosis (TB) are the lungs. People contract tuberculosis from one another by coughing and sneezing, which release microscopic droplets of bacteria-causing sputum into the air.

One such person who has seen the horrifying effects of tuberculosis, seen its ugly face, and is now free is Stephenson Ochemba. He describes the illness that, but for God’s intervention, would have killed him. His story is only one of many heartening stories that the young man uses to inspire everyone who has reached the brink of giving up to continue to hope despite all odds.

How It All Started 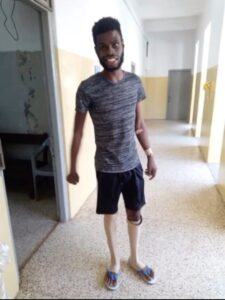 Stephen at the tuberculosis unit.

Stephenson Ochemba began experiencing headaches as he was preparing for ‘Greater Works’ in Accra on a specific day in July 2019. He experienced the signs of malaria, therefore he gave himself a prescription for anti-malarial medication. After a few days, the symptoms persisted and now included a cough.

Even though he was in discomfort and his temperature fluctuated, the then-22-year-old man managed to attend the “Greater Works” event on the first day. On the second day, however, he still found it difficult to make it there. He began to shiver severely on the second day, began to grit his teeth, and soon after, he passed out. First aid was provided under the direction of the event’s medical staff. He described how he only missed one day of the event, how, on the final day of the event, he awoke sweat-soaked in his bed, discovered his legs were unable to support his body, and how, upon attempting to stand, he collapsed to the ground.

When asked why he kept attending the event, he said he could not even understand it because he was so weak at the time. His sister rushed him to the first hospital after he attempted to rise but instead collapsed to the ground, where he was treated for a period even though the disease had not yet been identified. He stayed there for a week, and as the findings of many tests proved fruitless, his condition deteriorated.

After being discharged and numerous failed attempts to get him to another hospital, he was finally admitted into a different hospital after prayers and tears were offered to the Lord. It was there he was diagnosed with tuberculosis and pneumonia. He received oxygen while he was swiftly driven to Korle-Bu in an ambulance. When they arrived at the hospital’s emergency ward, they were informed there were no beds available and were advised he should be sent home and returned every day for treatment. His sister, in tears, begged that her brother be treated on the ground. After the information had reached his family back in Nigeria, his father requested that Stephenson Ochemba be flown back to Nigeria. Shortly after his father’s call, he saw the doctor at “Greater Works” who provided first aid, and he happened to be working at the hospital. The medical practitioner quickly made arrangements for space for the young man after observing him in his condition.

“God was aware of everything I was going through because I noticed indications in various ways.” – Stephenson Ochemba

He said, “At one point, I felt uneasy with the oxygen and removed it.”  A nurse came to their aid when his sister cried out for assistance. He then described his two-week stay in the emergency room before being transferred to the tuberculosis unit. People rushing around screaming and pleading for aid while clinging to life or death is what he saw regularly. According to Stephenson Ochemba, these encounters altered his perspective on life and taught him to value the simple things because they are all that we have.

After being transferred to the tuberculosis ward, his condition appeared to go from being just ok to worse practically right away, which caused him to experience an emotional rollercoaster where he occasionally wished he could just stop breathing and therefore feel no agony any longer. Most of the time, he offered this silent prayer at night when he was in excruciating discomfort from insomnia brought on by rib pain. Friends who visited him realized how thin he was getting day by day, and he could see from their eyes the suffering it caused them to see him in that state.

“Each time I felt like going to the restroom, I held myself back because of the discomfort that came with squatting as my legs could not support my body,” Stephenson Ochemba continued. When he tried to describe how his health began to improve, he broke down in tears and said, “If God does not die, why would I, the son of God, die when I have not yet fulfilled my whole purpose on earth?” He described the deaths of two other people who had been hospitalized, one to his left and the other to his right, in a trembling voice. He talked about how he witnessed them fighting for survival at night before giving up when their strength left them.

At this moment, his mother arrived in Ghana and provided all the parenting assistance she could. Her tears did not dry up, her prayers did not stop, and her faith only grew more and more. It was in no time he slowly regained his strength and was guided to walking once again. It took persistent prayer, affection from friends and family, and timely drug use to restore Stephenson Ochemba’s health. 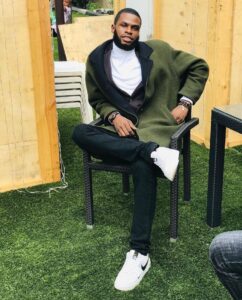 Image of Stephen Ochemba a few months after he was discharged from Korle-Bu.

The young man’s final advice to all who are suffering from any sickness is to first and foremost trust God because what saved him was not only medication but also prayers from family and friends. He remarked there is so much hope if God’s plan for a person is not completed and advised them to have faith in God to provide for them that which He always does.

This is the remarkable story of a young man who experienced prolonged pain, held out hope in the face of despair, and ultimately experienced God’s grace and mercy.

Are you dealing with some sort of pain in your life? Trust in God to do for you what He did for Stephenson Ochemba, and leave any stories you want to share with us on our socials. Share this article with family and friends and visit our website @www.dominiontv.net for more content on inspired and empowered living. Dominion TV; Africa’s Christian Lifestyle Network for Inspired and Empowered Living.