Africa Integration Day is observed to honor significant accomplishments and events that have significantly contributed to the region’s full integration into the largest free-trade area in the world. Elders and communities assemble in Boma, which is a communal gathering place, to talk about problems and possible solutions as well as to share stories. 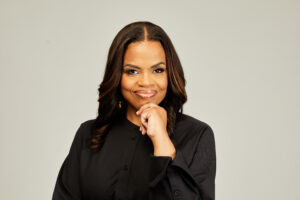 Rosa Whitaker, CEO, and President of the Whitaker Group

At the Boma of Africa 2022, Rosa Whitaker, CEO and President of the Whitaker Group and a former and inaugural Assistant U.S. Trade Representative for Africa, engaged in a conversation with Hillary Diane Rodham Clinton, the First Lady of the United States (1993–2001), and the 67th United States Secretary of State (2009-2013).

Although there are many challenges to the various advancements made since the founding of the Boma by the African Union as part of the Africa Integration Day, Hillary Diane Rodham Clinton believes that there is much to celebrate as she begins by describing Rosa Whitaker as a brilliant woman in all spheres of her life and by expressing gratitude for being a part of the year’s festival of ideas.

The prolonged COVID-19 pandemic, the outlook for post-pandemic economic growth, climate change, and Russia’s invasion of Ukraine, according to the former United States Secretary of State, Hillary Diane Rodham Clinton, will continue to have devastating effects on the continent, many of which Africa is not responsible for but which Africa must deal with the consequences of.

“Africa has the youngest fastest growing population in the world. That is a blessing, but is also a challenge.” – Hillary Diane Rodham Clinton

She continued by stating that she is well aware of the fact that women and girls worldwide, including in Africa, were disproportionately affected negatively by the pandemic. For this, African women, who she considers to be among the most inspirational and powerful individuals, have a larger role to play in their country’s economy, political system, and social structure. The former Secretary of State of the United States thinks it is critical to take all reasonable steps to open up these economic avenues for women on the continent, including a free-trade agreement, increased investment in women, and removing barriers that governments erect for women.

When asked what advice she would provide to African nations, Hillary Clinton responded that: 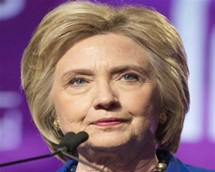 Although she expresses her views on the role of African women, she also thinks that it is crucial to give women access to investments and possibilities for advancement. She is quite optimistic about what the new century would bring.

The fact that life is not a straight line with solely pleasant days offers the former First Lady of the United States optimism. Hillary Diane Rodham Clinton was fortunate to have a mother who instilled resilience in her. No one can make someone feel horrible about themselves without that person’s consent, she continued. She counseled that one should keep it going for themselves whatever it is that motivates them. She ended by saying that whatever it is, it first manifests in the family before spreading over the neighborhood and beyond.

“Today, we have to keep going”- Hillary Clinton